The Interdisciplinary Conference on Iberian Manuscripts brings together scholars with a long-standing record of research on Iberian manuscripts, and experts from institutions such as libraries, archives and museums where the manuscripts are currently kept and their preservation, conservation and eventual restoration usually take place. The Conference’s main goal is to foster interdisciplinary dialogue on Iberian manuscripts among experts from areas such as Art History, Musicology, History, Historiographical Sciences and Techniques (Archival, Paleography, Diplomatics, Epigraphy and related sciences), Literary Studies, Philosophy, Chemistry, Physics, Conservation and Restoration, and Computer Science.

We are interested in manuscripts produced in the Iberian Peninsula, with a special focus on, but not limited to, medieval sources. Topics to be discussed at the conference include: manuscripts’ patrons and promoters (institutions, communities, and minorities); production process (materials and techniques); formal and stylistic features; contents and use (musical and liturgical); circulation of manuscripts across the Iberian Peninsula and beyond; manuscripts’ conservation and preservation along time.

One of the main goals of the Conference is to discuss synergies and channels to spread scientific knowledge on Iberian manuscripts to the general public, and raise awareness within society of their importance as key witnesses of Iberian history and, consequently, the importance of their conservation.

RSVP for Interdisciplinary Conference on Iberian Manuscripts to add comments! 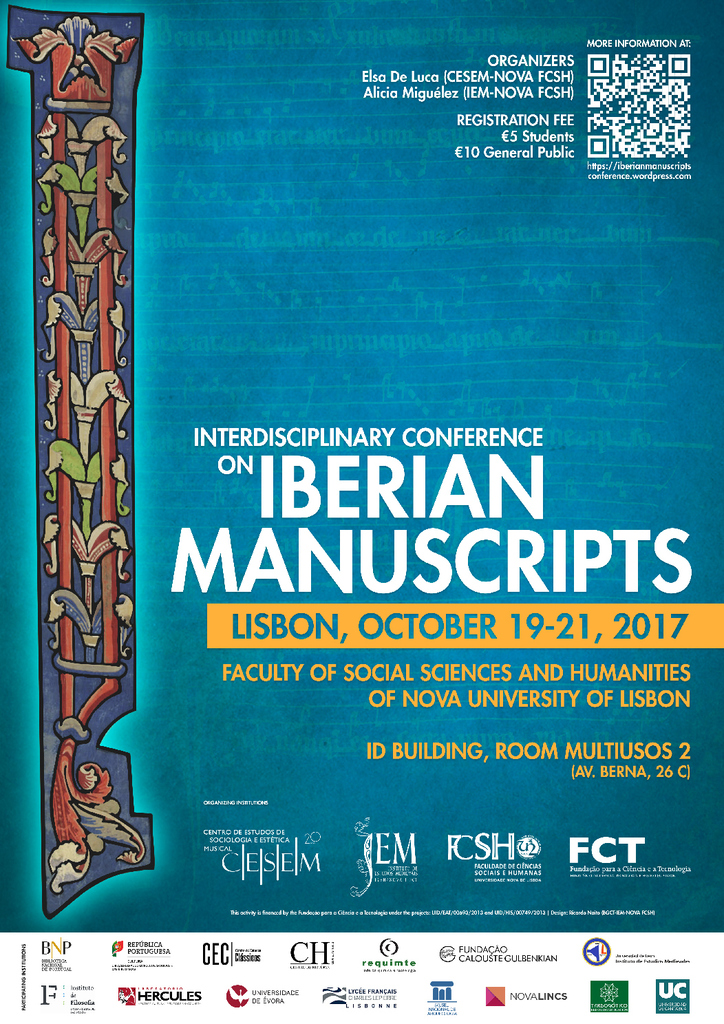