The first Iadgari manuscript which was published entirely online. I would like to thank Andrew Wade who exchanged with me some precious observations on this source. 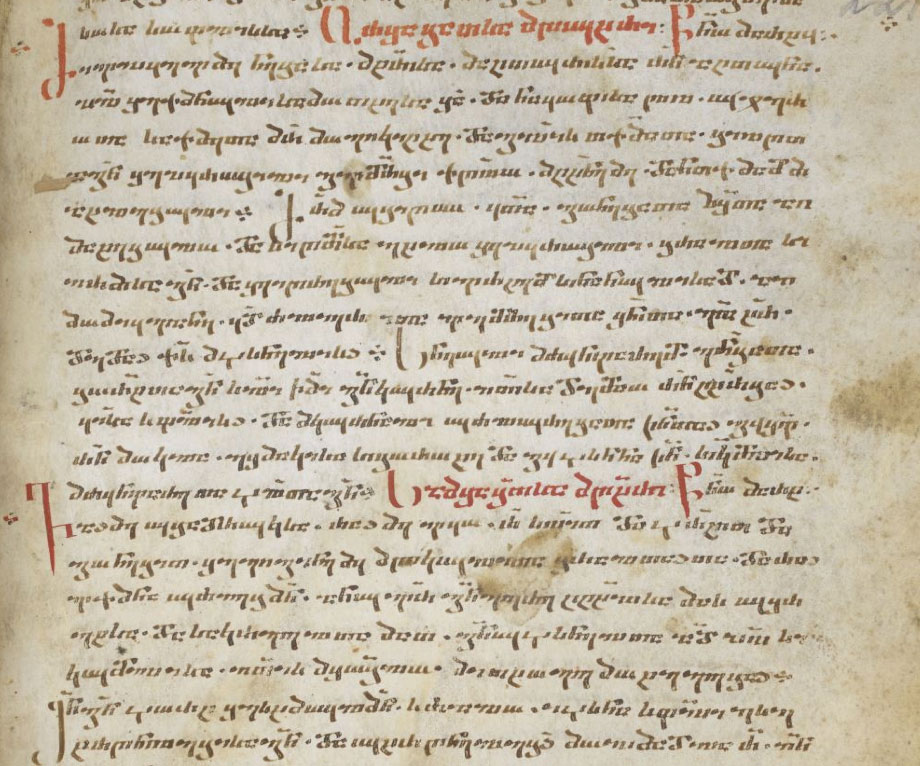 About 1000 • Incomplete (the title galobani "canon" seems to be an invention, since the first folia are missing) New Iadgari (or abridged Iadgari or Tveni?) in Nuskhuri script with maiuscules in Asomtavruli script, without musical notation and only in parts with modal signatures. This Iadgari contains mainly hymns of the parakletike (Oktoechos for weekdays). The book is not organised in oktoechos order (it is a week-day oktoechos according to the New Iadgari with a few additions, in the Old Iadgari the Sunday oktoechos was part of the book) and it has also prosomoia composed over the idiomela of the menaion.

Some of the rubrics:

For the modal signatures, see the prosomoia on folio 11 verso: We see in the margin A, B, G, D (= 1, 2, 3, 4) for a set of 10 prosomoia organised according to the kyrioi of the oktoechos. At the end of the line before B we have in red qh[ma]y (= modern Georgian khma [the unvoiced fricative uvular qh corresponding to the plosive q has become kh, which is the palatal fricative corresponding to the aspirated plosive k, and the y is the nominative ending that has dropped off nouns ending in vowels] = Greek ēchos = Slavonic glas. Qhmay means literally "voice" like the Slavonic term glas) and in black Nuskhuri y, while the following B' (bani) in red ink ("2nd voice") refers to the prosomoion that follows: