It is probably a clever attitude to your professors, as long as they do examine you... Did it work?

And don't forget the Crusades are over...

I really got doubts after Georg W. Bush junior established his new world order in Iraq, Iran was already turned away from modern civilisation, where it already was during 1970s, and now even Western musicologists feel no longer ashamed to reintroduce the term "Gregorian chant" and to believe that this is enough to teach "medieval chant", while the pendant among the politicians do the same "crusades" in Syria. I wonder what makes you so sure?

You should also ask for the famous "bonus", if you can grant a professional conservation (together with preventing a certain intended vandalism)!

I wonder what convinced Sven Heininger that he can sell it for a better price, if he cuts the fragment into folios? Is it ebay?

It is already something which helps to decrease its market value considerably, even if this is obviously not something they teach at Parisian universities... at least not at the best one...

1. In this case, the vendor has posted legible images.

2. Where exactly should they be sent?

3. What criteria would you suggest? And how can funds be raised if the manuscript is judged deserving?

Hard to say in case of the Cartusian rite and its customs, if the IRHT is the right institution. So far research in this field has not gained much attention, although it is very prominent here in Campania!

We have the charterhouse San Martino in a very prominent place of Naples, and even a bigger one in the South at Padula. You have a whole internal corridor for the procession of Cartusians with precious intarsia in the choirchairs depicting scenes from the Old Testament... The staff of the National Library is very nice, but definitely not at the professional level as certain institutions specialised in conservation and restauration as the IRHT in Paris or Grottaferrata Abbey in Latium.

But there can be no doubt that the quality of these photos is not on a professional level, and I also do expect that such an institution would insist to make their own photos and to check, if the conditions provided by the new owner do not simply result in a careless form of vandalism, if nothing is done on a long-term prospect. Of course, there are private owners who are ready to deal with such institutions, but they are very rare!

As a whole Miguel is right, if he points out that both concepts (local heritage, human profit) exclude each other. That is the reason, why the concept has been established by the UN, since we all do experience the destructive power of capitalism to a degree that not even Karl Marx could have imagined in his wildest nightmares!

Hard to say in case of the Cartusian rite and its customs,...

As to the possible Carthusian provenance of these pages, see this image, from this page : . 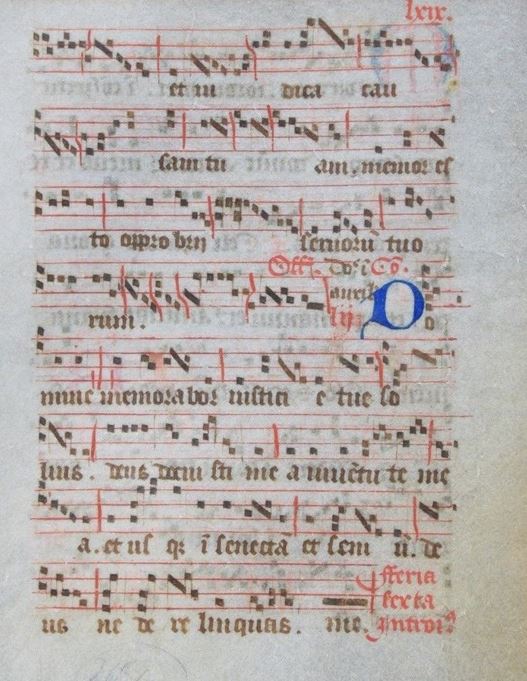 There, we are in the week before Dom in Pass., feria quinta. The off given in the ms is Do[mine] i[n] auxil[ium], which is as far as I know typical for Carthusians on this position. (More usually, one finds as OF Domine ad adiuvandum)

In addition, those vertical red bars are conspicuous in Carthusian mss., as Dominique pointed out. (Although to be fair I once spotted them in a Dominican ms as well.)

Finally, the simplicity/sobriety of the pages we are able to see could point towards Carthusian provenance. Even for the Assumption (image from here), nothing fancy is done: 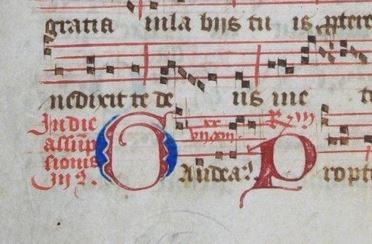 We need other partners :