Comment by Oliver Gerlach on September 22, 2010 at 21:12
Indeed, but if you follow the model of Andalusia, as the Normans did, even the "Barbarian" Christians might create a higher civilization in exchange with Muslims and Sephardim.

With "fake" I simply meant that the sublimation of samā' as a court ceremony is no longer a dervish ceremony, and the same could be said about the integration of Byzantine polychronia in the Norman rite. I am sure that some colleagues will regard them as Gallican preces.

Comment by Neil Moran on September 22, 2010 at 14:38
I would not consider the Norman ritual "fake" any more than Augustus II the Strong was a "fake Catholic".

Comment by Oliver Gerlach on September 21, 2010 at 8:41
Thank you very much for the bibliography about Byzantine court ceremonies.

Do you think that the Normans were Byzantine Christians - they just translated the Greek text of the acclamations into Latin?

Or shall we assume that the ceremonies held in the Cappella Palatina were simply a fake, mixed with elements of Andalusian and Byzantine culture: a mix of Byzantine court ceremonies following the book of ceremonies and of a contemporary concurrence to the Taifa court in Zaragoza and their literaric sessions called majālis and designed according to a Sufi music ceremony (samā')? What about Mozarabic elements?

How you would integrate your knowledge about the ceremonies of Palermo into the recent studies by Cynthia Robinson and Graham Loud?

Comment by Neil Moran on September 20, 2010 at 22:09
Cf. H.J.W. Tillyard, “The Acclamation of Emperors in Byzantine Ritual,” The Annual of the British School at Athens 23 (1911-12), 239-240: “the most impressive forms of saluting the Emperor were used at Christmas” - “In the Liturgy … all the singers and readers again wished the Emperor long life” - “later on, as the Emperor mounted his throne and received similar acclamations” ...etc.

Egon Wellesz, A history of Byzantine music and hymnography (1949), chapter IV. MUSIC IN CEREMONIES, I. ORIGIN AND DEVELOPMENT OF THE ACCLAMATIONS, 104-105.

In the codex Messina gr. 161 with the repertoire of the "asma" sung by castrati the acclamations appear in the Orthros rite.

I read the homepage of Graindelavoix very carefully (and I even got the Polish translation by Maciek Kazinski, the organizer of Jaroslaw Festival, during which the extract on Youtube was filmed). I can add some more details of Apulian architecture, if you were interested.

My question was very precisely this: What is the Christian ceremony, as it was celebrated in the Norman cathedrals of Italy? What is the ritual frame of the acclamations which you have reconstructed?

Comment by Neil Moran on September 20, 2010 at 14:17
- les acclamations ont été exécutées dans le service de matin.- cf. du progam PANORMOS/BAL'HARM/PALERMO 1140 du groupe graindelavoix
**
Today visitors can still discover the chapel's extraordinary and almost original decoration organized in a very specific way: the sanctuary is decorated with impressive Byzantine frescoes, whereas the nave is provided with a painted wooden ‘muqarnas' ceiling. This ceiling is similar to well known examples in Andalusia , but could also be constructed under influence of Tunisian or Fatimid artists of Caïro. The royal platform in the nave and the balcony in the sanctuary reveal the original idea and function of the chapel: the Norman king could follow the Norman-Sicilian and Italo-Greek liturgy at one side. Standing on his platform at the other side, he could assist the non-Christian ceremonies or more public séances in the nave. We have to imagine the nave around 1140 as much more Arabic designed as it is nowadays. The Byzantine decoration of the nave was added later on in the 12 th century during a process of slow annexation, integration and hybridisation of the different ‘exotic' styles from the point of view of the new Norman inhabitants. This process slowly diminished the knowledge and articulation of the proper styles to a mere ornamental use, often totally disconnected with the original context. In the beginning however the idea of Roger II clearly was the construction of a complex space which connected and segmented micro-spaces of different signification at the same time.

Comment by Neil Moran on September 17, 2010 at 20:23
PANORMOS/BAL'HARM/PALERMO 1140 - sacred chant traditions at the Cappella Palatina – Palermo
http://home.scarlet.be/bschmelzer/palermo2.htm
This programme is no doubt the first attempt ever to recreate, or better, reanimate – the notion of ‘anima' taken as the living soul blown into an empty, museal, but potentially reverberating space – the psychoacoustics of one of the world's most intriguing buildings: the Cappella Palatina in Palermo, built by the Norman king Roger II around 1140.
**
The psychoacoustic, sonorous, liturgical or ceremonial equivalent of the Cappella Palatina, revealing a large part of its practical rationale, consists of the following repertoires:
1. the Normans introduced what is called the Norman-Sicilian liturgy, a combination of the catholic liturgical practices in Normandy and in Sicily . The manuscripts with the repertoire connected to the Cappella Palatina or the cathedral of Palermo are kept in Madrid : Ms.288, 289 and Vitrina 20-4. We added Ms.19421 connected with Catania to offer examples of early polyphonical practice.
2. the Byzantine repertoire can be found in Italo-Greek manuscripts of the University library of Messina , the library of Firenze and the monastery library of Grottaferrata.
3. the non-Christian, Muslim repertoires are for several reasons quite complex: first of all because we are dealing with oral traditions concerning the melodies of the chants, and secondly because Sicily has been ruled by Shiite royal dynasties (Fatimid, Kalbid) although the population, coming originally from Tunisia , was Sunnite. For this reason we chose some poets who were intimately related to one of the important religious doctrines known around 1140 and relevant for several reasons to the religious, cultural and political situation of the Cappella Palatina. At the same time we tried to present their poetry as much as possible in a performing tradition which goes back to the medieval period 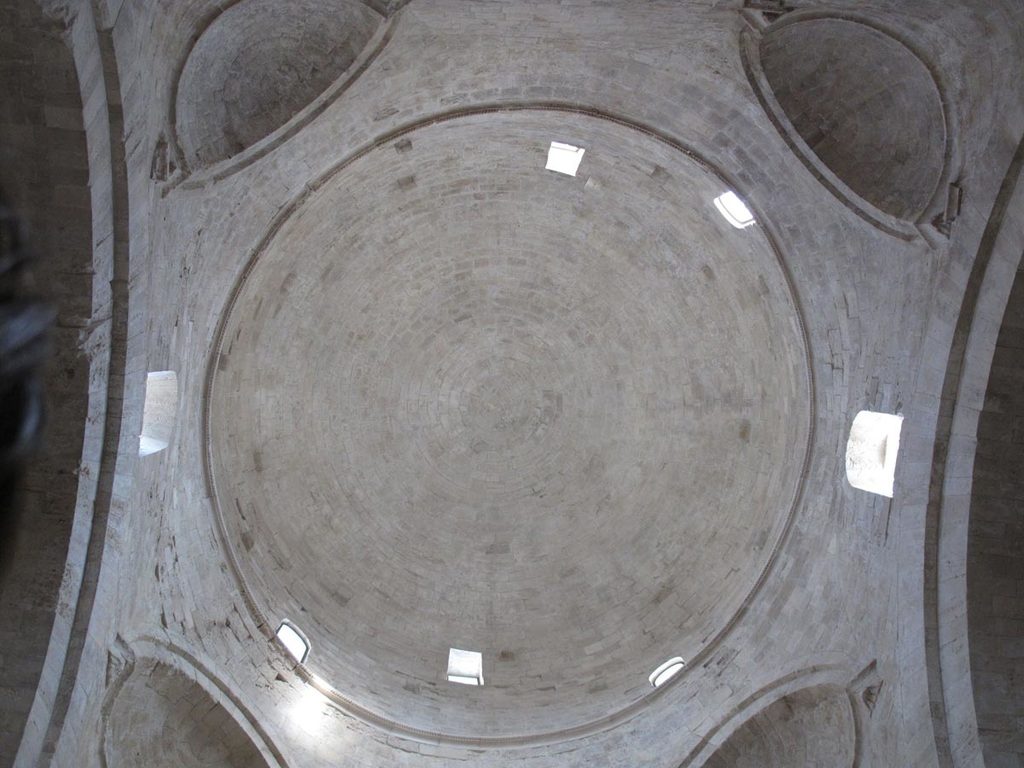 Comment by Neil Moran on September 16, 2010 at 14:00
Björn Schmelzer of Antwerp and his early music ensemble Graindelavoix perform my transcriptions from Greek codices in Messina in his programme: PANORMOS/BAL’HARM/PALERMO 1140: Sacred Chant Traditions at the Cappella Palatina – Palermo, including an acclamation for Roger II. See:
www.youtube.com/watch?v=3wwflzqqBmI
and “Adrian Sarbu (Byzantion) si corul Graindelavoix (Belgia) in concert” and
http://home.scarlet.be/bschmelzer/palermo.htm