Gianni Belluscio, my dear linguistic partner doing fieldwork at Arbëresh communities, has died on Easter morning last year. His wife Giusi who was very ill, died three days later. He had the finest ears for Albanian language to document and understand the differences between the villages. Due to his worldwide reputation he was officially asked to estimate the current state of Arbëresh language from an insider perspective and to correct wrongly estimated numbers of active speakers based on administrational population statistics. 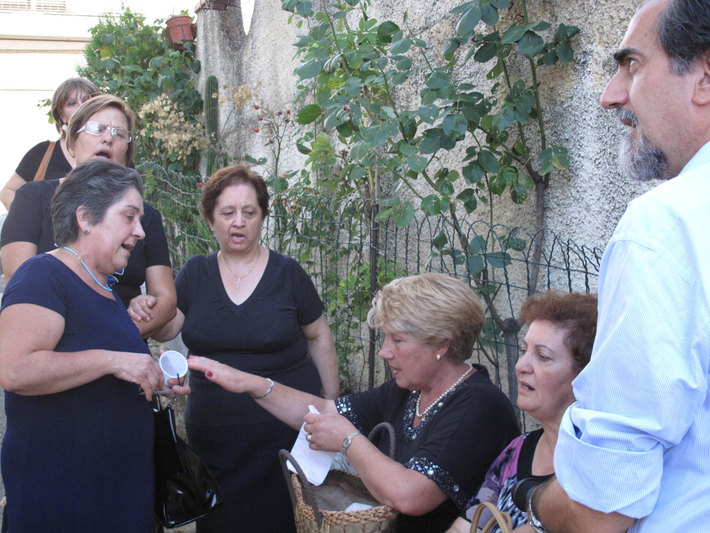 I Cantori di San Basile (Gianni Belluscio, Alberto Bellizzi, Samuel Bellizzi) while rehearsing at San Basile for the Berlin tournee, we got some interested young visitors 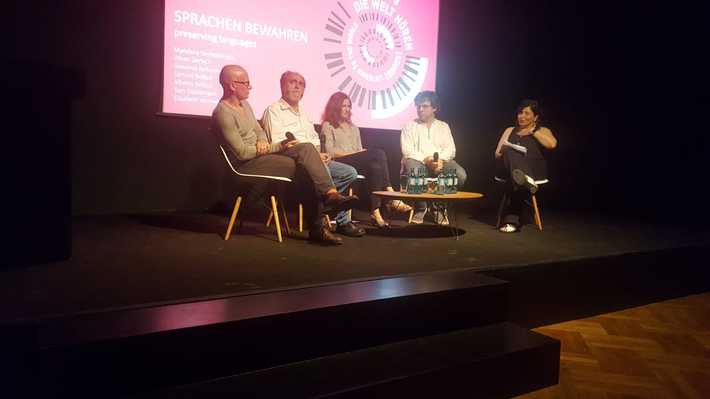 Informing the public about a dramatic decline of language diversity worldwide (together with Mandana Seyfeddinipur, Elisabeth Verhoeven and Tom Güldemann)

After Giovan Battista Rennis, he was one of the first absolvents for Albanology who made a PhD at the newly founded Università degli Studi della Calabria, his teacher and mentor was John Trumper who is one the university's founders and specialised in phonetics, etymology and language diversity in Italy.

Together with Prof. Trumper and other scholars who worked with him, there will be a conference tomorrow in memory of Gianni Belluscio.

You find the program here as PDF. Participation is free, but it is required to register at the given email-address.

Gianni loved handwriting and drawing language maps by hand, he always left to me the labour to feed the computer with his phonetic transcriptions for the annotation of audio and video recordings. 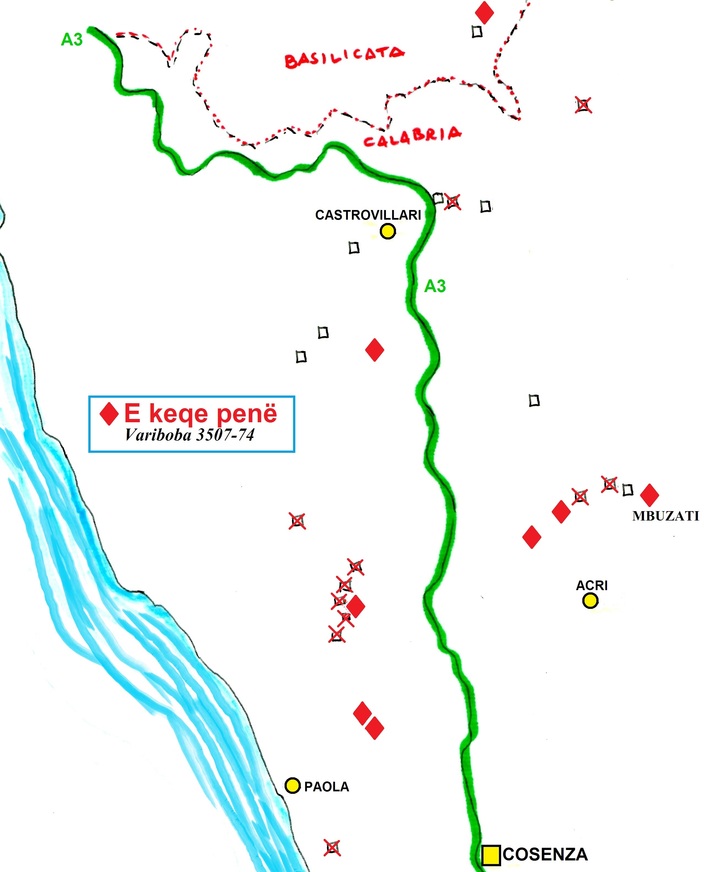 All his publications he made available here:
https://unical.academia.edu/gianni_belluscio

He also republished earlier fieldwork made by his colleagues Eric Hamp and Giuseppe Gangale. Thus, the latter's historical recordings could be used by Robert Elsie to make a sounding map with Gangale's field recordings: