Music from the Holy Sepulcher of Jerusalem 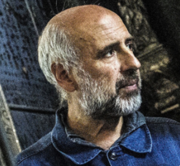 This workshop will be dedicated to the study and performance of the music contained in the oldest musical manuscript that is preserved from the basilica of the Holy Sepulcher of Jerusalem (Ms XVIII B of the Library of the castle of Chantilly). This source is of incredible musical and historical importance because it reveals the singing practice of the Knights Templar who followed the liturgical ordo of the Holy Sepulchre. The manuscript was written between 1173 and 1187 and it is one of the oldest French sources with square notation.

The French inspired codex is also incredibly valuable for the reconstruction of the scansion techniques used in French plain chant since the Latin liturgy of the Holy Sepulchre was organized at the beginning of the XII century by a canon of the cathedral Saint Étienne of Paris.

RSVP for Music from the Holy Sepulcher of Jerusalem to add comments!