- Officium defunctorum near to Saint-Ruf, Avignon (responsories) and Albi 20 (lectures)

- the manuscript is in private property

Here are some examples for the notation: 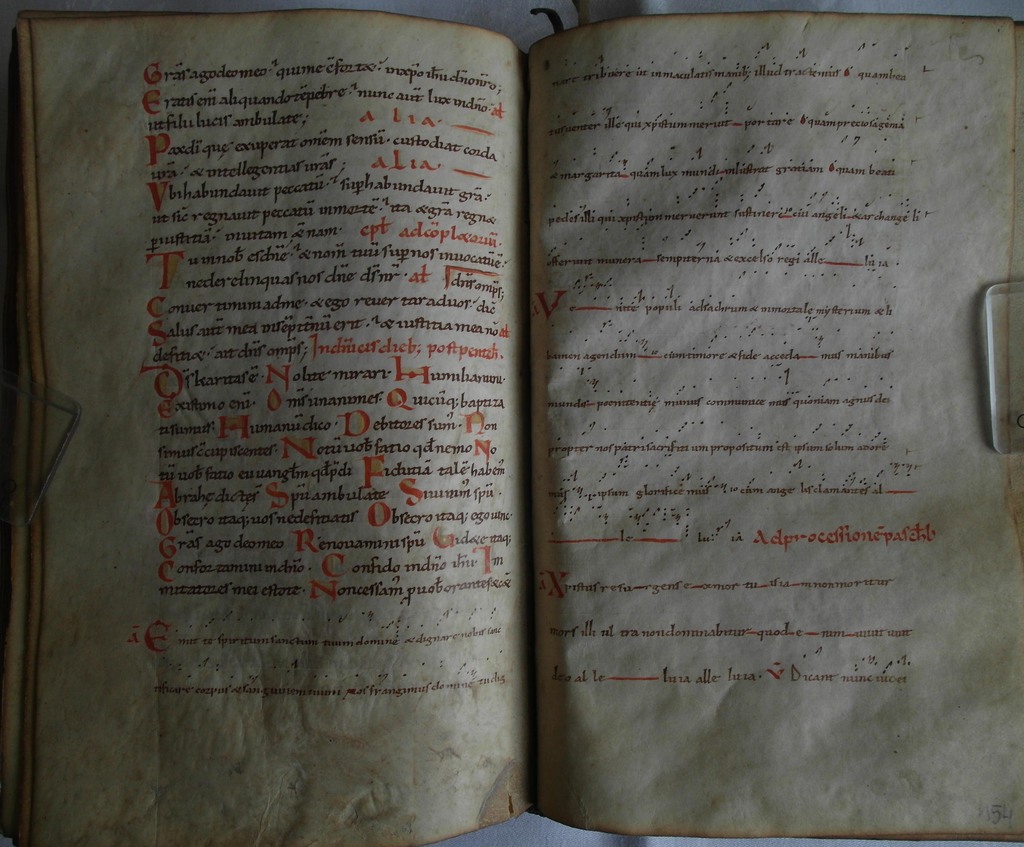 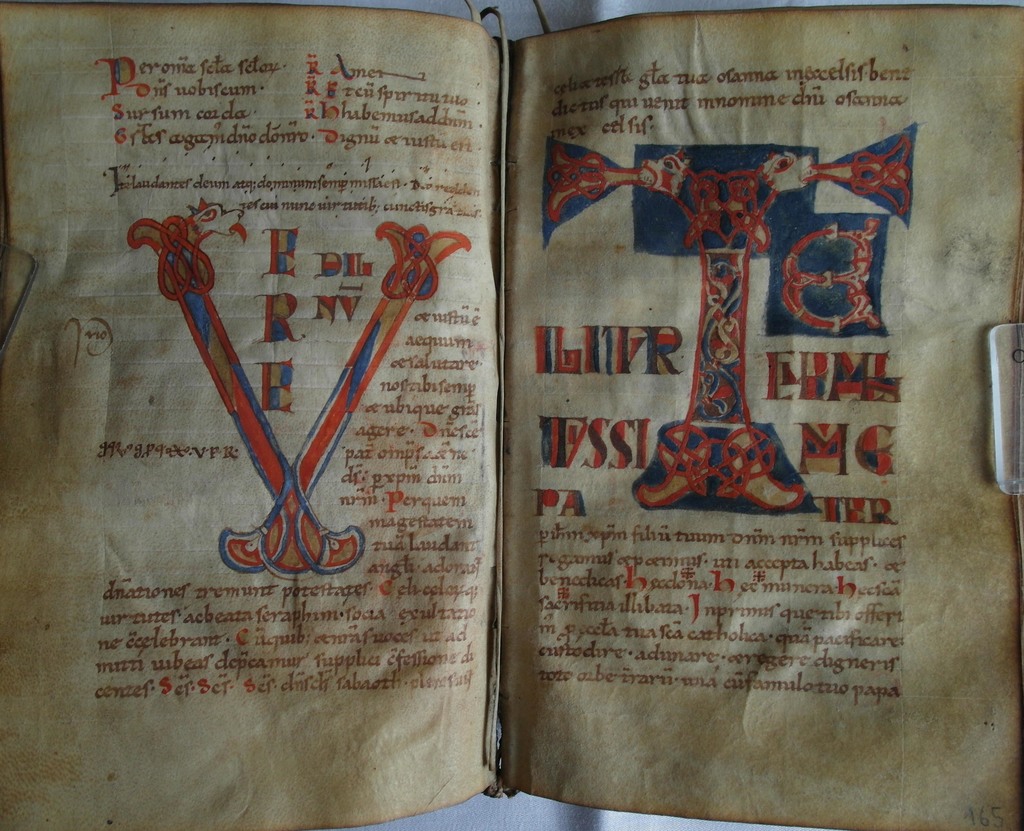 Robert, that's the best new I've heard this week.  Thank you for making sure access to at least images of the manuscript have been preserved. Any chance of acquiring copies from you?

Dear Robert, That would be great, thanks in advance.

I have images of the whole manuscript and try to publish them online.

The quality is good enough for a online presentation but not for a facsimile.

I was joking of course, but I am indeed worried that other libraries will feel seduced by your example.

290000 € is definitely a lot of money, not comparable of course with the Archimedes palimpsest despite its poor condition (30000 is fantastic just for an answer of a telephone order, also with respect of the usual nippes in that department), but it is just money. It will cover up a couple of years of one librarian's wage. If one of your followers will plan to buy the manuscript back, she or he will probably pay ten times that price (far over the budget of even an institution like the Bibliothèque nationale).

What about Robert's promise that only public institutions are allowed to buy the manuscript? Did it all melt away, when you got, as expected, higher private offers? I would be very interested to know more about the circumstances that convinced you to sell the manuscript. I think this forum is the right place to discuss it, even if we will hardly avoid the usual emotional reactions. Nevertheless, I think we need to know about this misery, because it is a public affair.

Sorry, I don't understand what you are writing about. I'm in no way involved in the transaction.
I only helped a colleague (art historian) to localize and date the manuscript for the auctions catalogue. That's all.
So, please, no tales ... AND the former owner was NO library but a German privat Person.

Please accept my apologies that I got it wrong.

I know that you are not involved, and I am very grateful that you took your initiative for the digitization, because I also know, how much work this is (especially without the equipment of a usual library). It is also great to have this conference and this forum to talk about these transactions.

Please let me use this misunderstanding, because there are cases (in Germany again), where the competences of librarians are completely ignored. The Zentrale Landesbibliothek (the central public libraries of the former Berlin West and East) are threatened by certain incompetent members of the senate who decided to pass the librarians' competences to private book sellers, which also includes the decision to destroy books of the libraries. The initiative of the librarians is a petition which needs some more public attention, since they still need a lot of votes to save the public collections of Berlin:

Unfortunately, this scenario is real, and it seems that only a few know about it, despite the initiative of Aleida Assmann:

I was probably too much under this impression.

The two houses of ZLB are the Amerika-Gedenk-Bibliothek, it was once a present by the former American sector to offer education to the population of the town (it still is always overcrowded with readers with many different languages and backgrounds), and the Stadtbibliothek Berlin Mitte in the historical centre of Berlin. The problem is, if you sell education, there is no longer any education. Certain steps are irreversible and some "prices" are higher that money can pay them.

Thank you very much for your initiative, Robert!

The public letter addressed to the mayor and senator of Berlin Michael Müller has been published today.

I would like to inform you, that the petition to save the public and regional library of Berlin got already enough votes that the house of democracy will force the senate to be more transparent in their policies concerned about it. Of course, these petitions are usually more or less ignored by German politicians. Nevertheless, more than 15000 inhabitants of Berlin voted against the shortening of the library budget which are as usual declared as a reform in order to avoid justifications.

More than 5000 votes came outside Berlin and many of them from abroad. It clearly shows that public libraries mean much more to citizens than public TV. My father as a student could meet other musicians thanks to the huge sortiment of partitions, he could lend at the Amerika-Gedenkbibliothek.

Unfortunately, the current director Volker Heller is not a librarian, he was intentionally nominated to reduce capacities (the collection and its librarians) within a transitional period, before a new competent director should be officially announced. In a kind of Berlusconi style he changed regional laws that he has no longer legal obstacles to reduce the collection. It means in fact, that books in good conditions are destroyed, given away or sold right now.

Who likes to know more about it, can listen to this interview with a librarian and the user who initiated the petition.

This scandal provokes public discussions and it caused in collaboration with the librarians the initiative of this petition.

I would like to thank all those who supported it.

Images of the whole manuscript are now available at the Regensburg CANTUS PLANUS website.

This are only work images, but indeed better than nothing.
The images have no copyright, so, feel free to spread them.

My description of the musical items should be published soon,
in German: Beiträge zur Gregorianik 58 (2015)
in French: Cahiers de la Haute-loire

Thank you for this incredible gift--I know what I'm spending the rest of my summer doing...

Does anybody know who bought the manuscript? I would like to use it as a source fro my study and I need to cite it. Is it now in a library or private hands?

The new owner is unknown. We even don't know if it is a private person or an institution.