Inquisition of the divine Liturgies in an euchologion of Carbone

I would like to announce here a new publication about an euchologion of Carbone, Basilicata (Vat. grec. 2005). Bizzare changes within the formularies of the divine liturgies had been so far regarded by André Jacob as an adaption to Latinised customs in Salento, although the Archimandritate Carbone is located in the mountains of Basilicata at the Northern periphery of Parco Pollino. Now, Stefano Parenti restudied the manuscript and connected these corrections with a papal inquisition against Orthodox heresies which was ordered by Urban V in 1370.

This study examines the manuscript Vatican gr. 2005, copied in 1194/5 at the monastery of Saints Elias and Anastasios in Carbone, Basilicata. The codex is identified as one of the euchologies that was amended as a result of the decrees of the Apostolic Visit of 1370-72, which established that liturgical books of the Greek churches and monasteries of Italy needed to be “corrected”. This process saw the application of late scholastic theological categories onto the Byzantine lex orandi and included such changes as the suppression of the consecratory epiclesis and the intercessions for the saints in the anaphora, as well as other changes meant to highlight the role of the minister who acts in persona Christi. This study argues that the extent and gravity of these interventions cannot be linked simply to a Salento scribe who wished to orient the Carbone liturgical tradition toward his own Byzantino-Salentine tradition, as has been suggested in the past. 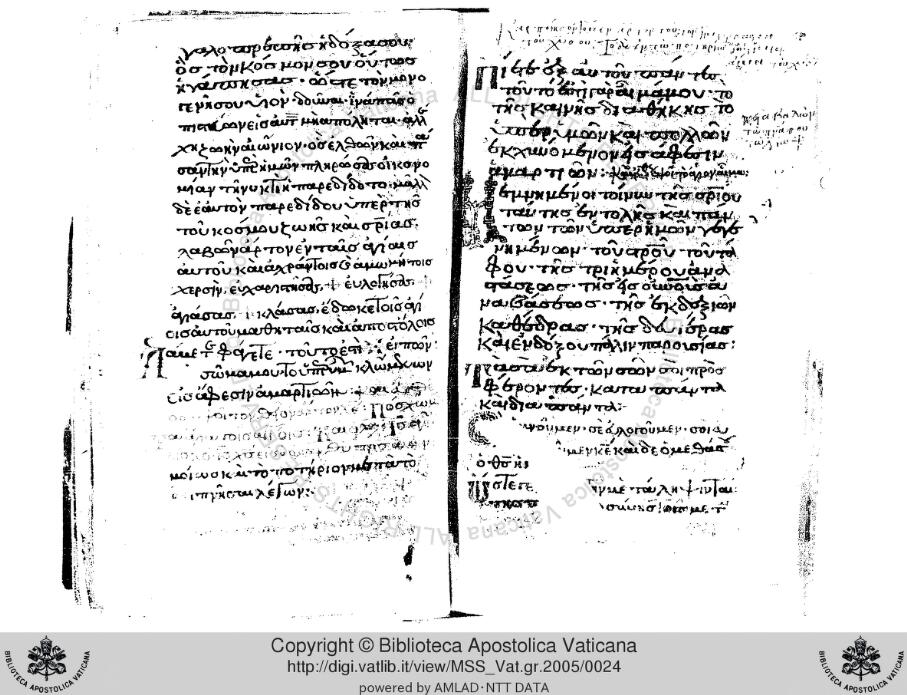