Bonum est about the Old Patriarchal School of Istanbul

And finally I also would like to announce my first collaboration with Geert Maessen.

We had a struggle with it, because it was originally dedicated to Iakovos Nafpliotis, but they did not like the idea that the audience will listen one hour to the earliest recordings during "prime time". So this episode is, as so often, dedicated to the Old Patriarchal school, the old recordings of Nafpliotis are mixed with recordings of the 50s, made from his student (already from the generation of the grandchildren) Konstantinos Pringos.

He composed several Leitourgika in makamlar for the dialogue around the Holy Anaphora, including the concluding heirmos Ἄξιον ἐστίν. I leave here for you (to sing together) Konstantinos Pringos' composition in the phthora acem kürdî. It uses in the echos plagios protos the same ambitus as the Carolingian Plagi proti, but with the finalis on a κε. Acem kürdî means that this is a certain way of using a Persian dastgah among Kurdish musicians in Iran. Some phrases of the melody remind of Üsküdara, the main protagonist in Adela Peeva's documentary "Whose is the song?": 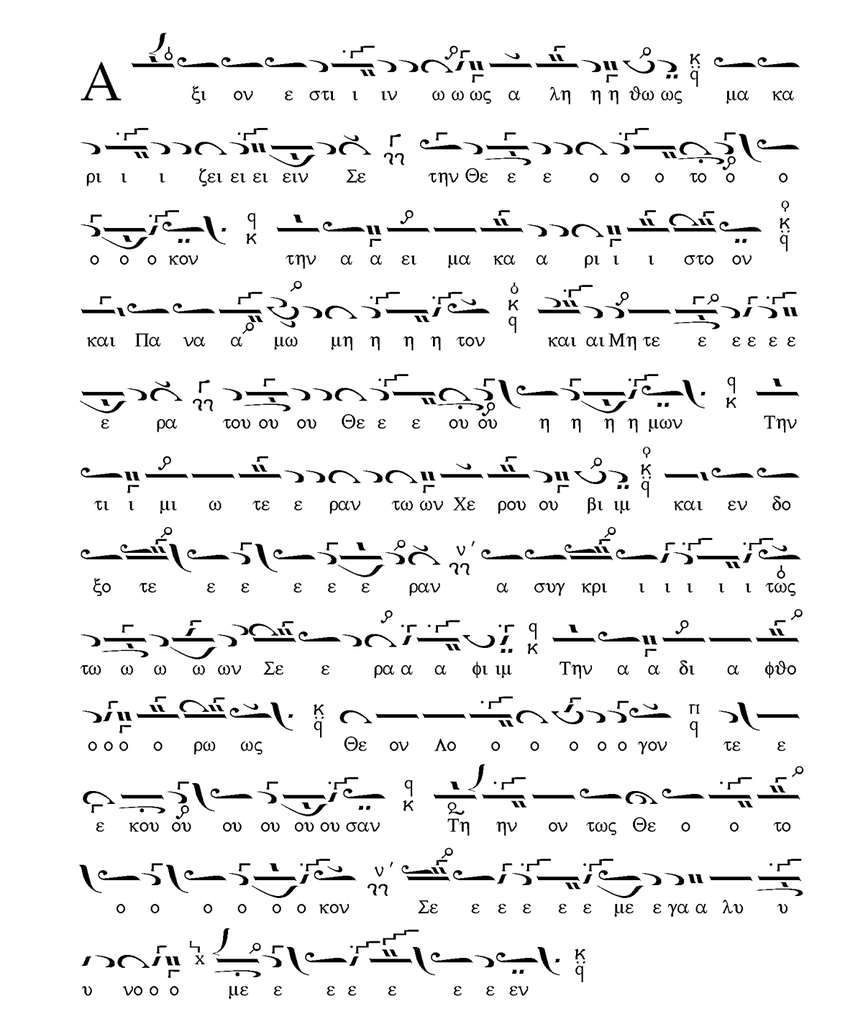