In the search mask, the available manuscript reproductions can be chosen in the field "collocation" (Сигнатура). 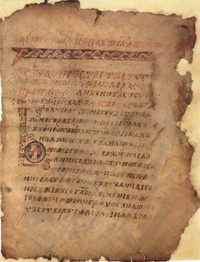 The fourteenth Century presents the best the high achievements of the Bulgarian written culture from the Middle Ages. So, this century is known as the second Gold Century of the Bulgarian literature. In this collection have been gathered manuscripts that prove this fact and also show the different „faces” of the Bulgarian hand-written book. The bilingual metadata of the digitalised documents allow also their search in Europeana. The National Library stores 150 Greek manuscripts, dated from IX to XIX century. The majority of them are liturgical books. From all these manuscripts were digitalized the earliest documents and those, that are most interesting for users. Among the most valuable documents from this collection are: the decorated fragments from Gospels from IX century, Prophetologion from XII century, Typicon from XIV century, Leitourgikon from XVIII century, the Psalter miscellanies from XIX century. 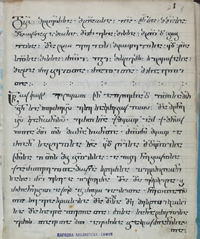 This collection contains 25 manuscripts in Latin, Romanian, German, Italian, Armenian and Georgian. Digitised are: Rule of the Bačkovo Monastery [Bačkovo Typikon], that is very valuable for the Bulgarian history (copy from 1702) and Brief Grammar of the Bulgarian language from 1856. 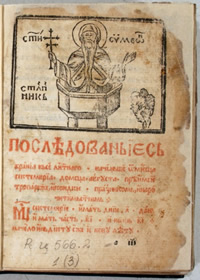 The collection of Slavonic prints in Cyrillic types contains editions published between the 15th and 20th centuries. Some of them mark the beginning of Southern Slavonic language, especially Bulgarian types. Reproductions of the first print editions of Cetina and Targovishte (Romania) and Venice had been made during the 16th century, among them the first Bulgarian edition by Yakov Kraykov. Editions such as "Octoechos" (Cetinje, 1494), "Chasoslovets" (Venice, 1566), "Lamento" (Ostrog, 1603), "Evangelion" (Lviv, 1644), "Abagar" (Rome, 1651), "Akatistiy mit kanopiy" (Kiew, 1765) among other have been already digitised. 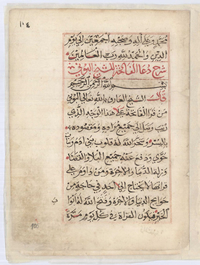 About 3200 manuscripts, a huge collection which has been digitised only in small parts yet. The collection has about 490 manuscripts. Among the digitised titles: Bulgarian-Turkisch glossary of Skopye "Lyugat-i Bulgari" (CM 900), Vitas of the Saints "Bahr El Vella" compiled by Kyustendil (OD 893) and the letter collection "Gyulshen-i Inshaat" by al-Kastalani (15th c.). 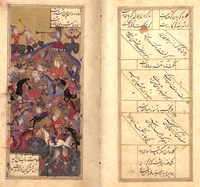 Oriental documents (Bulgaria and the Balkans)