Percussion instruments of the Middle Ages and Renaissance

To get the group going I am attaching two of my articles on medieval percussion. One of them is about the presence of frame drums in the hands of the Elders of the Apocalypse (in English), and the other is about the representations of female square and round frame drum players in Spanish medieval art (in Spanish). 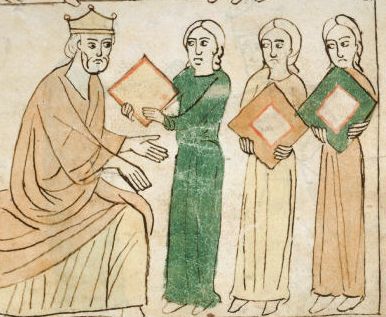