Over 5000 chants of the Mozarabic rite are preserved in neumatic contour notation of tenth and eleventh-century manuscripts. Only a few dozen of these were found in pitch-readable notation in eleventh to sixteenth century sources.

Generally we know the meaning of Mozarabic neumatic notation. We also know there were all kinds of liturgical and melodical relations to other traditions, like GRE, MIL, ROM …

Among scholars it is communis opinio the lost melodies are "irretrievably" lost. There are, however, only two arguments for this opinion. The fact that most melodies were never found and the probability pitch-readable melodies were only incidentally notated before the sixteenth century.

Both arguments, of course, are not conclusive. However, they brought the perverted scholarly reality to the fore where on the one hand there is great disdain and rejection towards attemps to compose melodies for the lost chant, and on the other hand there is the belief that compositions for chorus SATB and instrumental ensemble can recreate "something" of the lost aesthetic, devotional and spiritual world of the Mozarabic rite. There is no doubt, of course, such music did not exist a thousand years ago. It is unclear, therefore, what this "something" possibly could mean. The perverted scholarly reality seems to substitute the historical lack of knowledge by a modern lack of meaning. 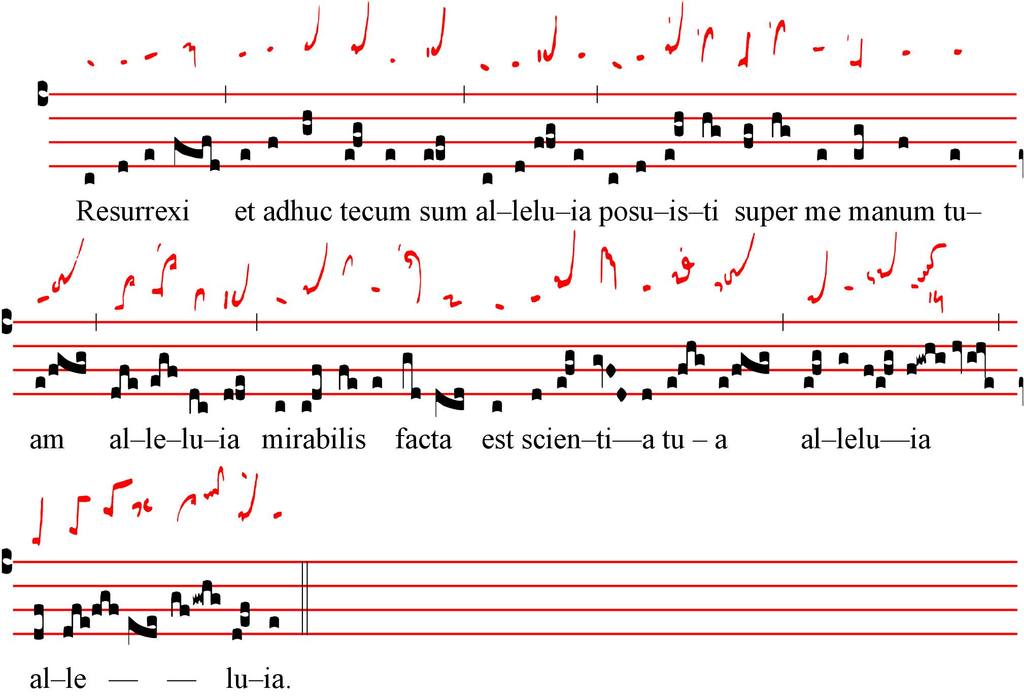 Thank you, too much honor.

OTOH, I found that the diastematic version from cod. Æem. fit better with the neumes or the Psalter from the British Museum (when available).

The resp. Dies mei and the antiphons Exurgat and In protectione.

In fact, since the last Advent, I started to "sing" (improvise) the mozarabic matins every morning (ad 5) with the breviary of Cisneros, the Leon antiphoner and, now in quadragesima, with a Toledo ms available online (trad. B) from the spanish national library.

I learn a lot

In this case, I took the neumes from the refrain and supposed they could fit to the verses (the number of notes corresponds):

The neumes are from the psalter BM

There is also this one... 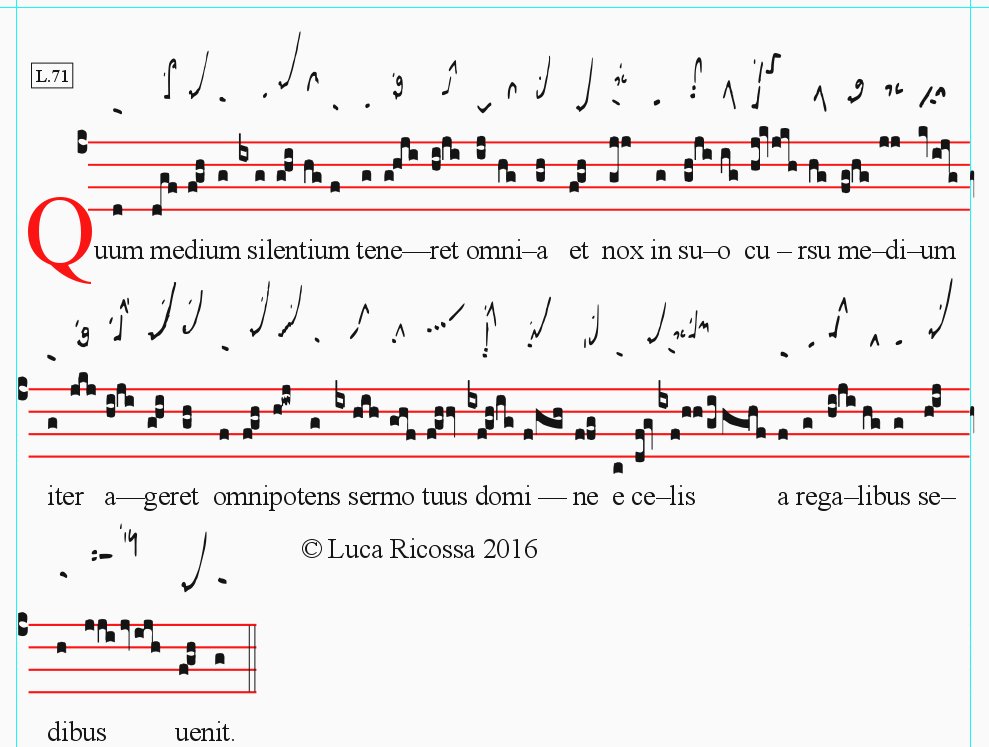 Permalink Reply by Juan Carlos Asensio on March 20, 2017 at 23:09
Wow... Tomorrow evening we will sing these pieces during our weekly rehearsale. Also is the Early Music Day... a wonderful manner to celebrate it.
Thanks, Luca & Geert

And here is Luca again! Bravo. Who's next? 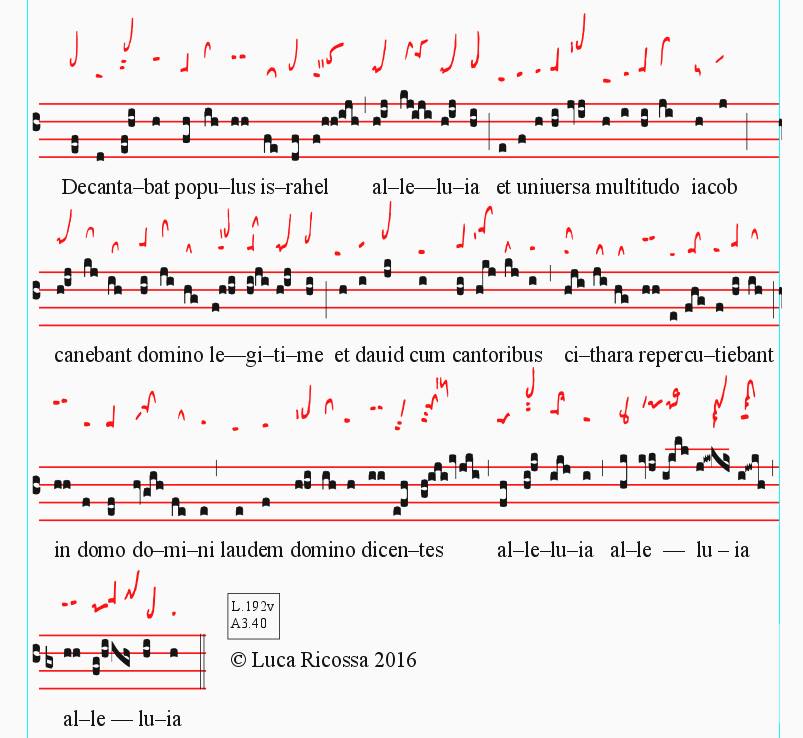