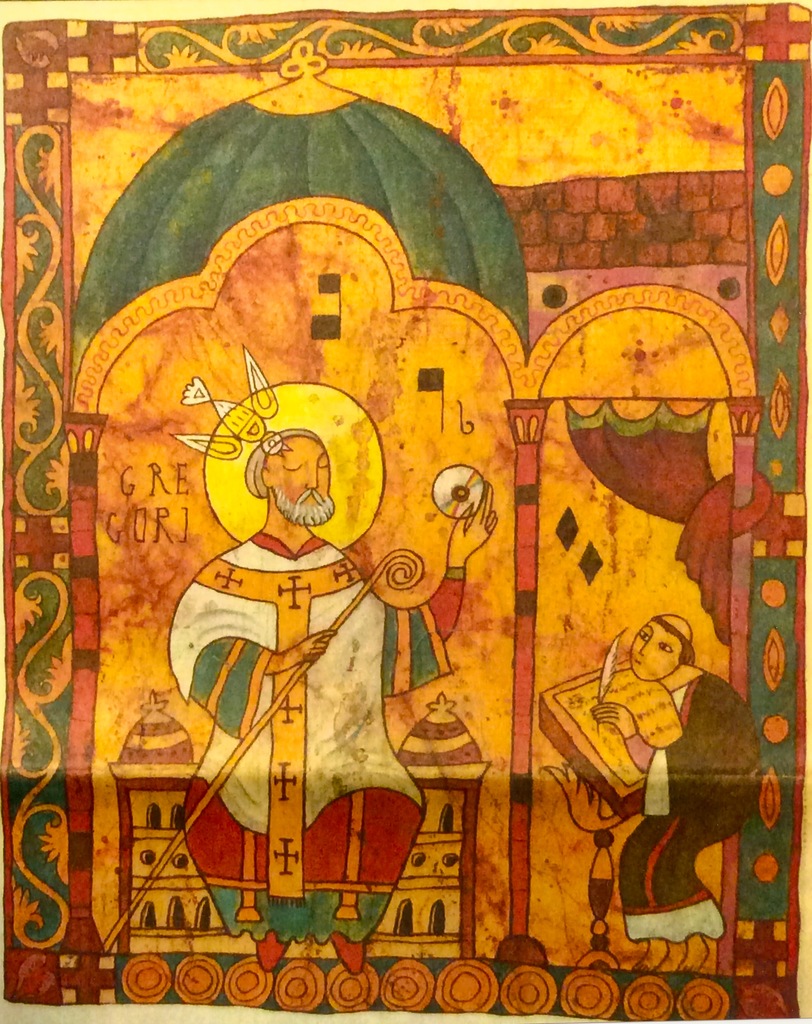 As we all know, the monks of Silos recorded four vinyl discs of chant for Hispavox, issued between 1973 and 1982. They were reissued on EMI Odeon in 1993 and became the best-selling CDs in Spain for a whole month. Angel then issued a compilation from this set in March 1994. That CD became one of the best-selling CDs in America and remained the no. 1 best-seller on the classical list for many months, as the list published in Billboard showed.

On Sunday, May 8, 1994, the music critic of The New York Times, James R. Oestreich, wrote a feature article on this phenomenon titled “A Hit 1,000 Years in the Making.” The illustration showed St. Gregory the Great listening to the dove with a monk writing down the chant dictated to him. A parody of the familiar drawing in the Hartker Antiphoner and other sources, it showed the pope holding a CD in his left hand. The art was credited to Stefano Vitale, an Italian illustrator.