I have completed a study on MEDIAL MODE OFFERTORIES and have submitted it for publication.

and continued with a quotation and a request for discussion:

In contrast the O.R. versions of Confirma hoc for Pentecost and Oravi deum for Dominica XVI make liberal use of the colouration of the upper tetrachord.  In her discussion of the Gregorian settings of Oravi deum Maloy comments on the ‘nondiatonic pitches … employed in the pretheoretical tradition’!  The versions in Paris, lat. 1121 and Montpellier, H 159 clearly outline the two medial tetrachords, yet Maloy states that “Oravi begins as a deuteros melody and in the majority of sources, closes on E” but then adds “In the pretheoretical tradition, however, it most likely closed on D, with a deuteros E flat’ (sic).[i]  To order to accommodate her theory she rejects the readings in the manuscripts and proposes a ‘hypothetical performance level’ one tone lower.  However both verse 3 of Confirma hoc and verse 2 of Oravi deum include a similar descent from c to D, so why was the introduction of a ‘hypothetical performance level’ only necessary in the second piece?  In fact the same c – D – G flourish appears in lines 6 and as c – D – E in lines 7, 9 and 10 of the O.R. version of Confirma hoc.  Most of these difficulties together with the introduction of all the sharps and flats would disappear if she had given priority to the O.R. versions.

The terms ‘progressive homogenization’  and ‘perfunctory formulaicism’ are used by Rebecca Maloy to describe the weakly articulated melodies of the so-called Old Roman repertoire, which she believes is a late Medieval creation first written down in the late 11th century.  In a review of her work in Early Music History Joseph Dyer suggests that if is such is the case, then” the local Roman repertory might better be characterised as ‘late’ or ‘new’ Roman chant.”  Any comments? 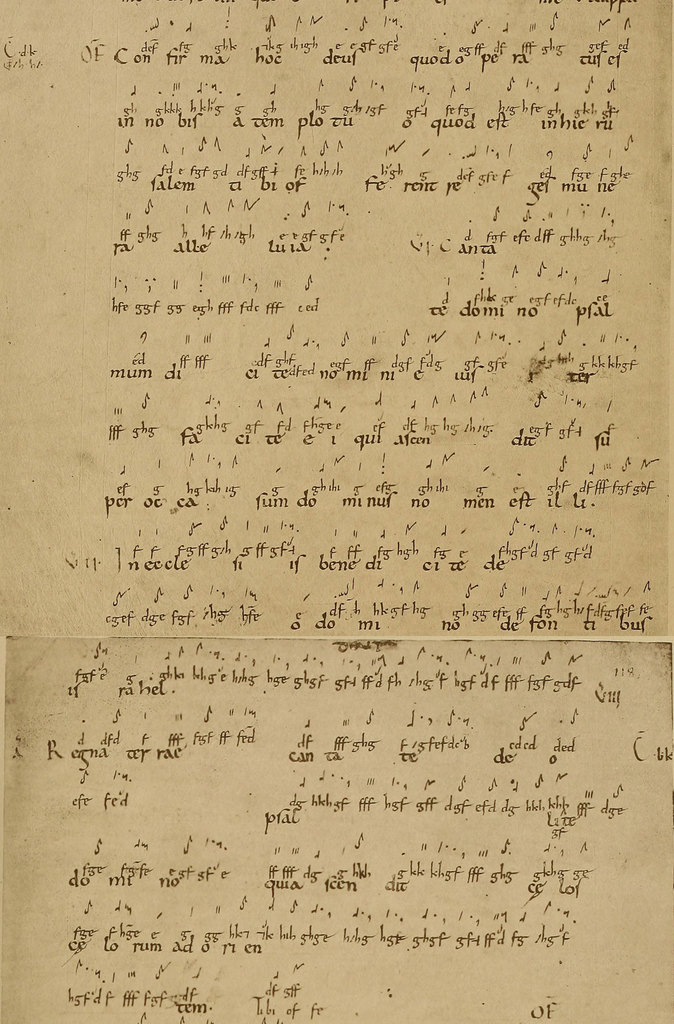 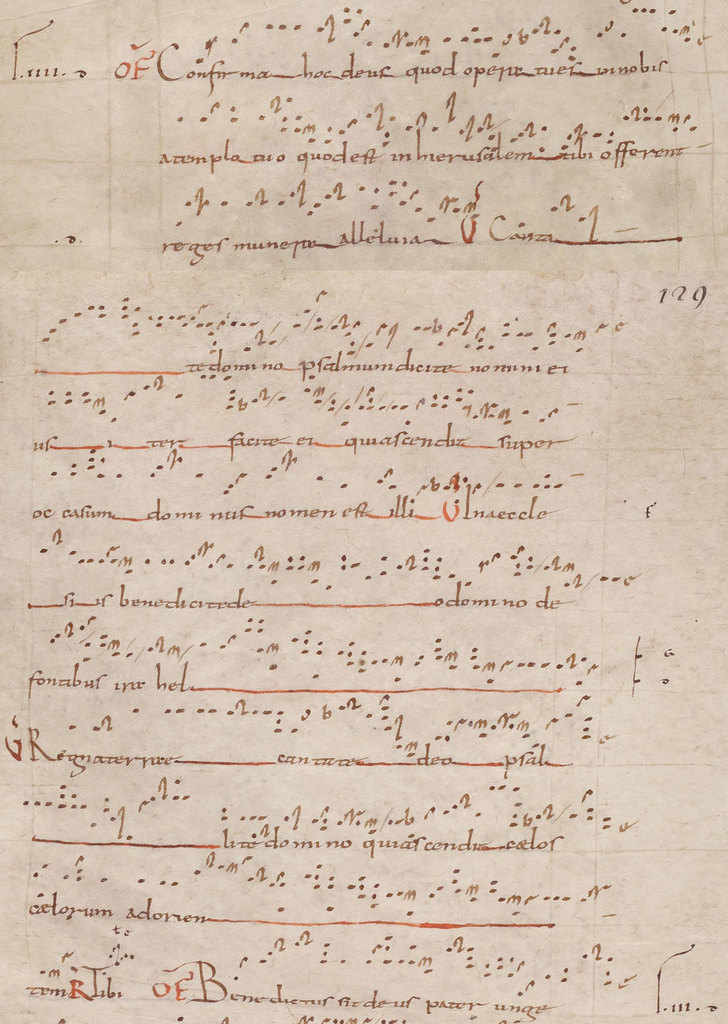 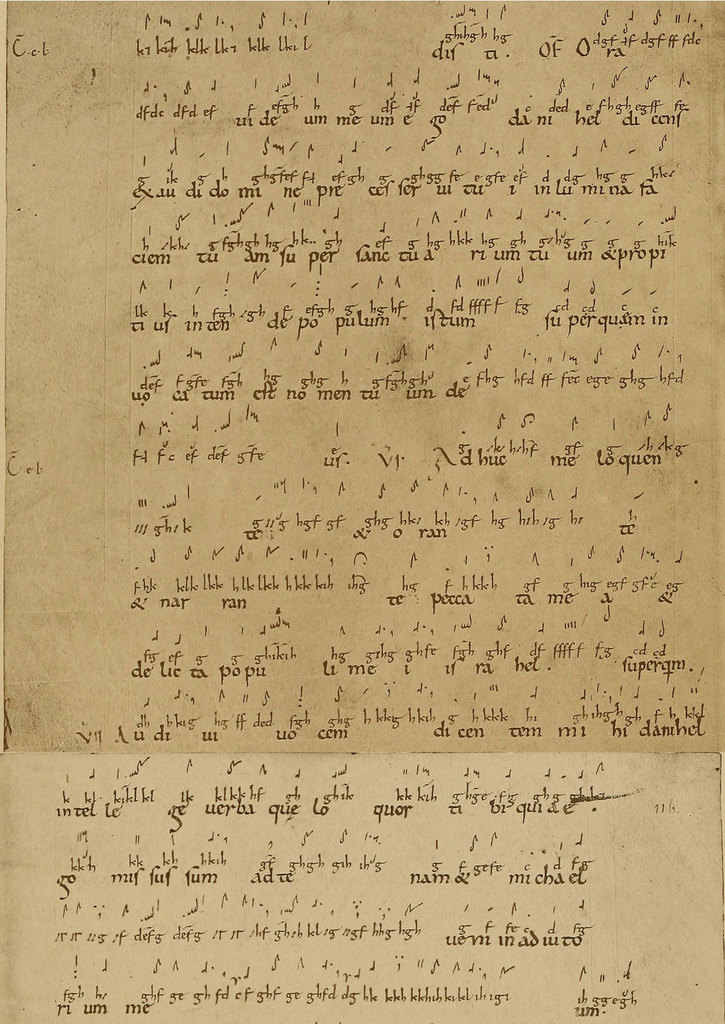 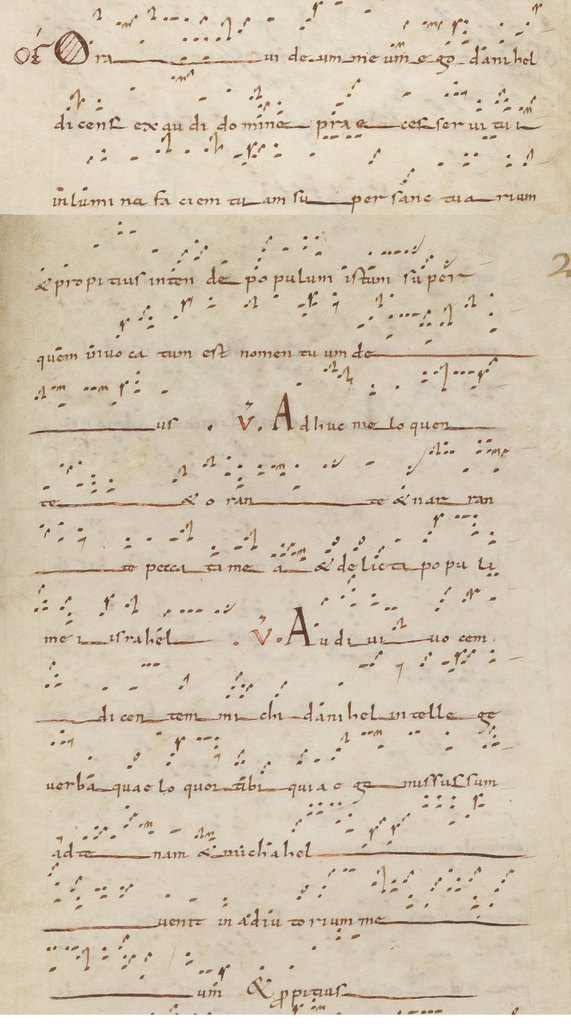 I guess that you are certainly tired to read always the assumption of a Byzantine origin, whenever there is a problem in the modal classification according to the Latin oktoechos. But I found the transcriptions in Thodberg's article about Byzantine alleluia quite adventurous, when he assumed that a short alleluia should end on another degree of the mode, but in the same echos transposed nearly before the end. First, metabolai kata tonon are always possible in sticheraric and asmatic chant, but they are usually used in a reasonable way to bridge rather complex transitions, and this is not so often than a little mistake which can also happen to a Greek scribe.

But some Byzantine meloi have indeed one degree of the mode for the basis (the tonal centre sung by the isokrates), and another for the finalis, that is the degree of the mode used for the definite cadences (there is a distinction between final and definite cadences). One example is the D mode used in the Old-Roman trisagion during the Good Friday procession, which has the basis on D sometimes on a (plagios and kyrios), nevertheless the final note of the trisagion is G! Even this simple case troubled a lot Latin cantors who drew different conclusions in their tonaries (see my list of published tonary manuscripts in the group "Meloi and their microtones"). A similar case which we still discuss, is my transcription of the Old-Beneventan Christmas offertory (my Christmas present for you).

Another melos uses D as final note but is rather an E mode (but also a Mesos tetartos), which could also be here the case. Unfortunately I have some problems with the internet, so also my license for reading these articles is not properly working.

Would you be so kind to insert the transcription of Rebecca Maloy in this discussion, and to say the folios of Oravi deum in both manuscripts, because they are both already online? I would like to know what are the reasons of her radical conclusions concerning an absonia?

The interesting detail in Scolica enchiriadis is that the author(s) unlike later theorists or cantors as Guido of Arezzo and Hermannus Contractus understood very well the difference between the tetraphonic Dasia system and the degrees of the mode used in a melos of an echos (emmelis sonorum). This was already Carolingian theory before the later simplifications which were done to avoid further irritations in chant transmission.

Rebecca Maloy's transcriptions can be consulted on the internet at the site Oxford University Press: Inside the Offertory: Rebecca Maloy.  The pin for gaining entry to the site is given in the pirnted book, which also sets forword her reasons for transposing the melody one tone lower.  One might mention as well that modulation is not unknown in kalophonic Byzantine chants.

I will insert the facsimilia of both manuscripts to "open" the discussion, because they are published online. Concerning the abstract of Rebecca Maloy's article:

Although medieval plainsong is known as a primarily diatonic repertory, the presence of a ‘non-diatonic’ tradition was brought to light long ago in the work of Jacobsthal, Delalande and others. This essay considers some aspects of this practice that have not been fully examined in previous studies and explores their relationship to early medieval theory and pedagogy. In the solo verses of the offertory chants, large sections are displaced from the diatonic background scale, sometimes permanently. The conception of irregular semitones presented in Scolica enchiriadis yields insight into this extensive ‘non-diatonic’ practice and has implications for interpreting variant readings of these problem spots. The final section of the essay explores some aspects of the Enchiriadis reception that point to changes in tone-system and pitch conception, shedding light on the contexts surrounding the suppression of irregular semitones.

this little remark: I am not so happy with the term 'non-diatonic'. It is true that the Boethian diagramm has a clear distinction between the enharmonic and the chromatic division of the tetrachord. But the way they are used in most of the tonaries does not leave the diatonic genus, they are less excluded from this genus, they are rather the soul of a certain melos belonging to the diatonic deuterus mode.

I thank you and Rebecca Maloy very much to point out this beautiful use of melodic attraction. And I assure you: This time the use of microtones is certainly not Byzantine, it is Cluniac, or to be more precise: We can learn here, how this offertory was performed within the school of William of Volpiano.

Another suggestion: The other question concerning the hypothesis "Old-Roman is Late-Roman" I would like to discuss separately in a comparative analysis of the first Roman alleluia: the famous for Easter "Pascha nostrum". I am very curious to read your opinion...

A letter for E flat did not exist in the system of William of Volpiano, but very well an E diesis. How do you deduce that there is an E flat?

this the opinion of Rebecca Maloy - not mine.

“Floros’s work is extremely notorious, controversial, and not certainly not widely accepted.”  These lines are drawn from an anonymous three-page rebuttal of my six-page article Medial Mode Offertories.  Other choice phrases include:

“It is true that Maloy’s view that the Old Roman chant was notated later than Gregorian sources is based on the fact that the earliest of these dates from the late eleventh century. I cannot think of a single scholar working on Old Roman chant who does not share this view”

“The text of Crucem tuam is certainly Eastern in origin.  But the melodic relationships are tenuous”

“neglecting the 45 years of intense debate”

One cannot fault Rebecca Maloy and her friends for lack of determination.

Concerning Constantin Floros, I have to admit that the criticism came from a corner which is not too competent in 3/4 of his field. This is not criticism, it is a confirmation! But I don't see any connection between the reception of Floros and our discussion, except that your book was inspired by his idea.

this the opinion of Rebecca Maloy - not mine.

I understand, it would certainly not support your concept of mesoi. In that case we leave the explanation to Rebecca Maloy, because I simply would like to understand.

I remember that I already wrote about it in a discussion with Luca, but I think in a case of metavoli kata tonon William of Volpiano could continue with his letters in another row which the scribe of H159 never did. What is very exceptional, is that Adémar de Chabannes (the next generation after William) in Pa 1121 used a tonal classification and an additional D for the refrain of the offertory.

My conclusion is that D is the basis (probably there was even a practice of ison singing at Limoges, but if not, the melos is certainly for a long time in the fourth between D and G), but E is the finalis. See also the confirmation of the F cadence, which Adémar confirmed by a kind of double custos!

I am not sure if "IIII" referred to the tonus or to "tetrardus" (see the tonary in 1121: you may find the link here). I tend to to the former because the letter in front seems to be a "T" for "tonus", and the ambitus descending to C was interpreted as the plagal fourth under the finalis.

With regard to this discussion, I think I should first get my paper published before revealing all my ideas.  Incidentally Svetlana Kumjudjieva  mentioned that Troelsgard recently presented many sources dating from the 4th/5th centuries on with modal designations in the oldest papyri.  From her research she concludes that the book of the Oktoechos was compiled for the first time during the 8th century in the Georgian Iadgari. This was the time of John Damascene.

Re: papyrus music mss cf. Christian Troelsgård, University of Copenhagen, ‘A New Source for the Early Octoechos? Papyrus Vindobonensis G 19.934 and its musical implications’, in: Proceedings of the 1st International Conference of the ASBMH (2007), p. 668.  Abstract: On the basis of palaeographical analysis, the first editors, Kurt Treu and Johannes Diethart, dated the hymnological codex Pap. Vind. G 19.934 to the sixth century. Enough modal ascriptions are found in this fragmentary source to make an analysis of its musical structure and to compare it with other early sources for the Octoechos system.

This is another discussion which has nothing to do with Old Roman chant and its reception in France. I put it now into the Byzantine group. Please follow this link.

You will know the best, but don't be too shy. Usually I profitted a lot to improve my own articles by discussions here. Please take in mind: Now you might change something, when I will write a recension, it is too late for changes;)